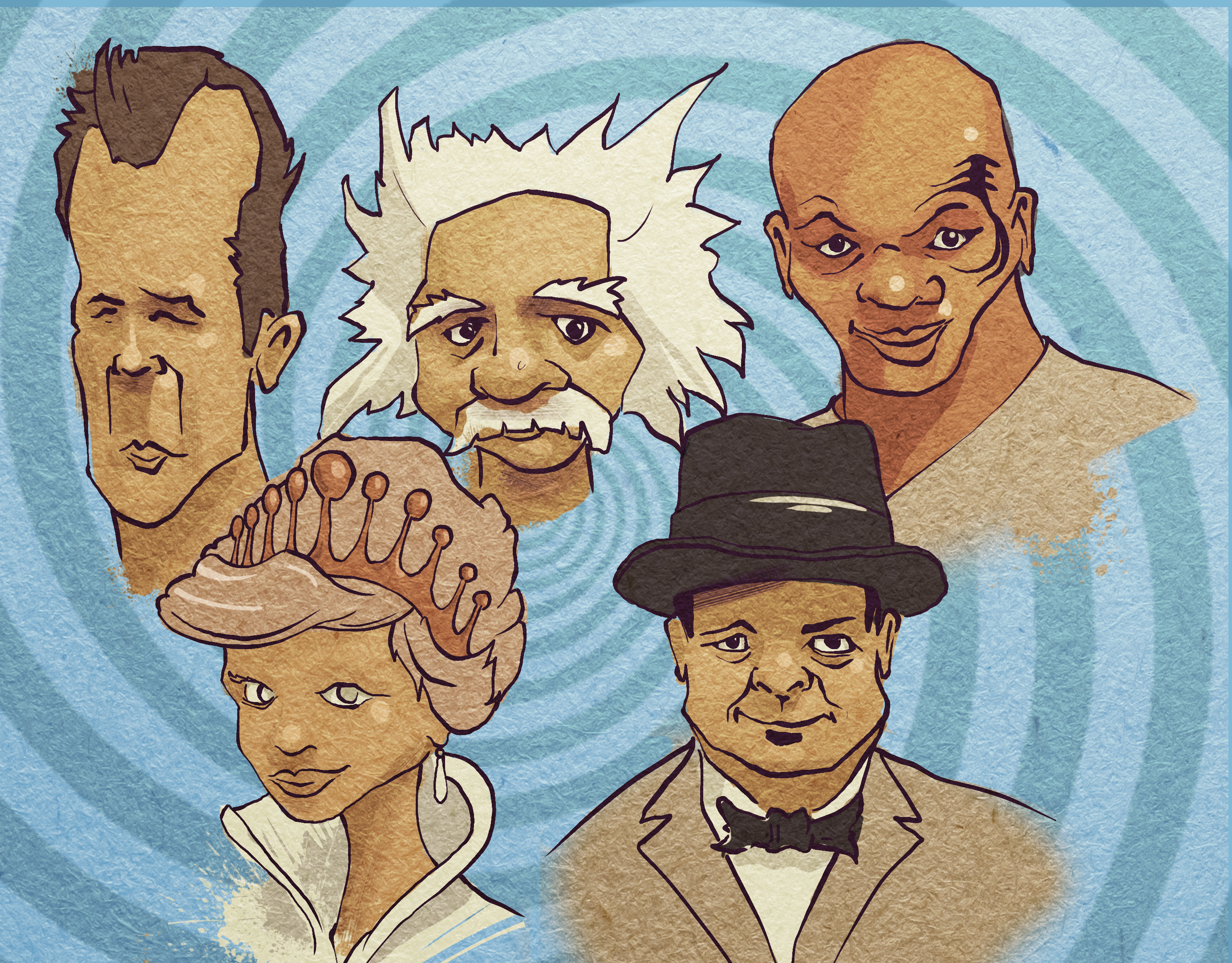 Many important historical figures and today’s cultural icons have used hypnosis to help them achieve success.  Among them are the following:

Albert Einstein – used hypnosis daily.  His theory of relativity came to him while in a trance state.

Nikola Tesla – visionary inventor known for his developments of the alternating current electricity used a trance state for exploring his futurist ideas.

Sergei Rachmaninoff – suffering from depression for three years following the critical failure of his first symphony, went to see Dr. Nicolai Dahl, one of the pioneers of modern hypnosis, to overcome a writers block.  He emerged to write one of the world’s greatest works, his “Piano Concerto No.2.”

Frederick Chopin – studied hypnosis at the University of Strasbourg as did the German poet Johann Wolfgang von Goethe.

Sylvester Stallone – used hypnosis to write “Rocky.”  He insisted on playing the lead which led to numerous rejections.  Hypnosis helped him to keep his self-confidence until he finally got the offer he wanted.  While filming his oscar award winning movie, Stallone used hypnosis once again to become Rocky Balboa and gain recognition as an actor.

Aaron Eckhart – who once played a “Big Tobacco” executive kidnapped and tortured with nicotine patches in the dark comedy “Thank You for Smoking”, credits hypnosis for changing his life – by helping him give up cigarettes and alcohol.

Princess Diana – used hypnosis to help her with public speaking.

Kate Middleton – suffered from acute morning sickness during her pregnancy and overcame her symptoms with hypnotherapy.

Orlando Bloom – was taken to a hypnotherapist as a child to overcome chocolate cravings and get into shape.

Sophie Dahl – who made her fame a plus size supermodel, lost weight with hypnosis and has kept it off of over 10 years.

Courtney Love – uses hypnosis to keep her weight down.

Henry Ford – was a devotee of hypnosis.

Martha Stewart – used hypnosis to stop nightmares after being released from jail.

Adele – uses hypnotherapy to overcome stage fright.  Many actors and actresses, including Daryl Hannah use hypnosis to manage their nerves before a big performance or audition.

Kevin Costner – became seasick during the filming of “Waterworld” and had his hypnotist flown to Hawaii to cure him.

Guy Ritchie – turned to a hypnotist after his girlfriend, Madonna, asked him to stop smoking.

Debra Messing – used hypnosis to quit smoking and returned five years later to overcome a fear of being underwater for her role as an underwater mermaid showgirl in the movie “Lucky You.”

Ellen DeGeneres – quit smoking with hypnosis and, on the same show, Amber Tamblyn overcame her fear of spiders.

Tiger Woods – uses hypnosis to focus, tune out distractions and get in the zone.  (You can notice that he blinks his eyes twice just before executing his shot.)

Jimmy Connors and Andre Agassi – used hypnosis as part of their preparation for important tennis tournaments.

Michael Jordan – used hypnosis before every game to increase his mental stamina.  Phil Jackson, coach of the Chicago Bulls and LA Lakers said the Bulls practiced daily self-hypnosis when he coached them to win six NBA championships.  Kobe Bryant and Shaquille O’Neal of there LA Lakers also used hypnosis to gain an edge over their opponents.

Mary Lou Retton – used hypnosis to win the Olympic Gold Medal for the US.  The Russian gymnastics team has also used hypnosis bringing hypnotherapists with them to every competition.

Rod Carew – the Minnesota Twins and baseball “Hall of Famer,” suffered pain and doubt after an injury was technically healed.  Working with a hypnotherapist, he came back to his best season ever with a batting average of almost .400 and winning “The most valuable player award.”

Ken Norton – trained with hypnosis to win his famous match against Mohammad Ali.

Mike Tyson – was professionally hypnotized several times a day and before each fight at the request of his manager Cus D’Amato.

Lee Haney – won the Mr. Olympia bodybuilding championship eight years in a row with the help of a hypnotist.

David Beckham – used hypnosis to get through a personal crisis.

Countless people throughout history and today have used hypnosis to develop their potential, overcome challenges and reach their goals.  Considering that the rich and famous have access to the latest and best personal development resources in the world, it makes quite a statement that so many of them choose hypnosis.

Perhaps hypnosis is the extra edge you need to discover your talents, conquer limitations and attract success.