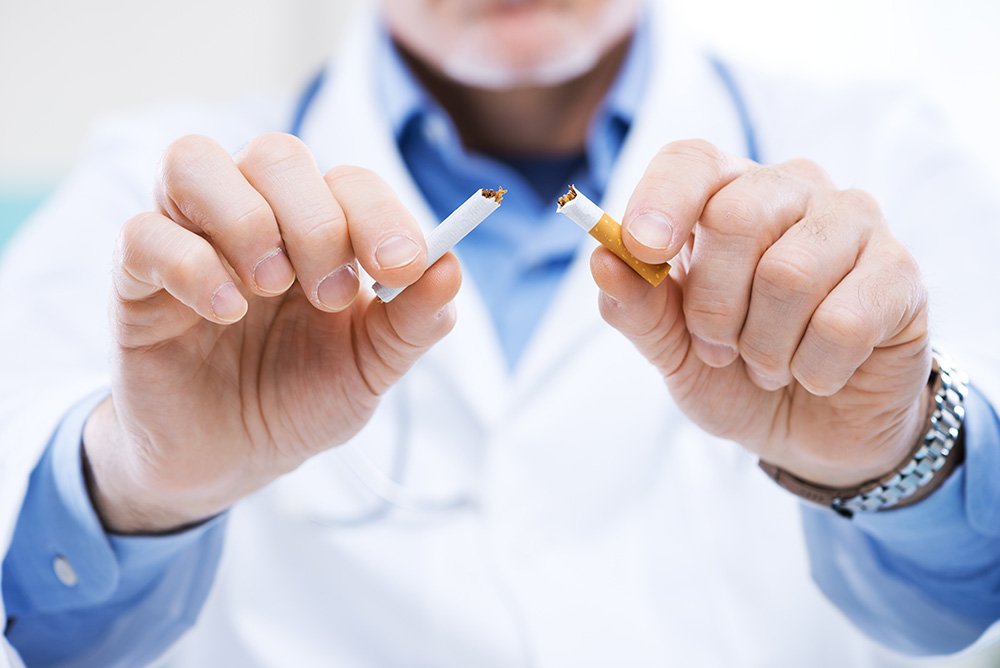 There’s no need to tell you about the dangers of smoking.  You know them already.  Your doctor told you, your friends told you, your spouse and even your kids told you.  But now you have your own reasons to stop smoking and are looking for the easiest and most effective way to do it.

If giving up cigarettes was just a matter of “nicotine withdrawal,”quitting would be a snap.  The truth is, the habit of smoking is far more compelling than the nicotine.  This is where hypnosis can make the difference.  Nicotine replacements only wean you off the nicotine, but do nothing to change the “smoker’s mentality.”

Hypnosis works by changing the smoking habits that have become so established in your subconscious that your mind has come to expect a cigarette during certain times and events.  Imagine yourself breezing through your morning without any desire that first cigarette.  Or finishing a good meal and not wanting to light up.  Imagine yourself not ever needing a smoke to de-stress again.  All those habits that trigger a relapse just disappear from your mind.  For questions and a more in-depth explanation of the hypnosis process, read:  “FAQs” and “How Hypnosis Works”

Ask yourself this:  Would you ingest a poison if you knew that if by doing so you had a 50% chance of a long, painful and early death?  Yet many smokers do.  Statistics already show that half of all smokers eventually die from a smoking related disease.  Hypnosis has been proven to be  the safest and most effective way to take yourself out of this equation.

Think about those odds for a moment.  If you were to have a 50% chance of winning the lottery, would you buy a ticket?

There have been many clinical trials comparing the effectiveness of hypnosis for smoking cessation to other methods.  The following are just a few:

According to the largest scientific study ever, a meta-analysis combining statistical results of more than 600 studies of 72,000 people from American and Europe comparing various methods of quitting showed that on the average, hypnosis was over three times as effective as nicotine replacements and 15 times as effective as trying to quit alone. (University of Iowa, Journal of Applied Psychology, How One in Five Give Up Smoking)

A study of 71 smokers showed that after a two year follow-up, those who used hypnosis were twice as likely to remain smoke-free. (New Scientist, October, 1992 ,and also, Guided Health Imagery for Smoking Cessation an Long-Term Abstinence, Wynd, CA. Journal of Nursing Scholarship)

A study of 93 men and 93 women using hypnosis for smoking cessation showed that three months after treatment 86% of the men and 87% of the women reported that they were smoke-free. ( Johnson DL, Karkut RT. Adkar Associates, Inc., Performance by Gender in a Stop-Smoking Program Combining Hypnosis and Avesion.)

A group of twenty-one smokers referred for smoking cessation by an HMO received hypnosis.  At the end of treatment 81% had stopped smoking and one year later 48% were still smoke free. (Elkins GR, Rajab MH, Clinical hypnosis for smoking cessation: preliminary results of a three-session intervention)

In a study of 43 patients using hypnosis for tobacco abstinence, 39 remained smoke-free during follow-ups at 6 months to 3 years post-treatment.  This shows a 96% success rate with hypnosis. (University of Washington School of Medicine)

Compare these results to the stop smoking drugs now on the market.  Chantix works by changing your brain.  It blocks the nicotine receptors causing less dopamine (a brain chemical that gives you pleasure) to be released.  It also has some rather nasty side effects, including death.  While Pfizer advertisements claim a whopping 44% success rate, (which included 19 counseling sessions and was measured at the end of the 12 week treatment period while the drug was still in the system of many participants), the Hughes Report in the journal Nicotine & Tobacco Research  showing Chantix’s results to be only between 14% and 22% after six months.  What’s worse, in a 2011 report by the Institute for Safe Medication Practices, the FDA has received 272 reports of completed suicides by Chantix users and the drug ranked first in reported deaths, more than twice as many as any other reported drug;  and 35,000 adverse event reports, 10,000 of which were classified as serious, disabling or fatal.

Zyban, originally made as an anti-depressant, is a pill taken to reduce nicotine cravings.  It is not really known how it works, but it is known to change brain hormonal balances.  Like Chantix, dangerous side effects including seizures, suicide, chest pains and depression bring it’s safety in question.  Although reports claim it has a 30.3% rate of effectiveness, The Action on Smoking and Health (ASH) has stated that this finding is premature and based on a single study.

Like nicotine patches and gum, stop smoking drugs only work only on the physical cravings.  They do nothing to change behavior and it is recommended to supplement them with intensive behavioral therapy for long term success.

Do the benefits on these drugs outweigh the risks?  Perhaps an alternative may work better for you.  Compare the success rates of these drugs to hypnosis.

And with hypnosis, the only side effect you can expect is less stress.  And, oh gee, if you’re afraid of gaining weight, or maybe need to lose a little, hypnosis can take care of that, too.